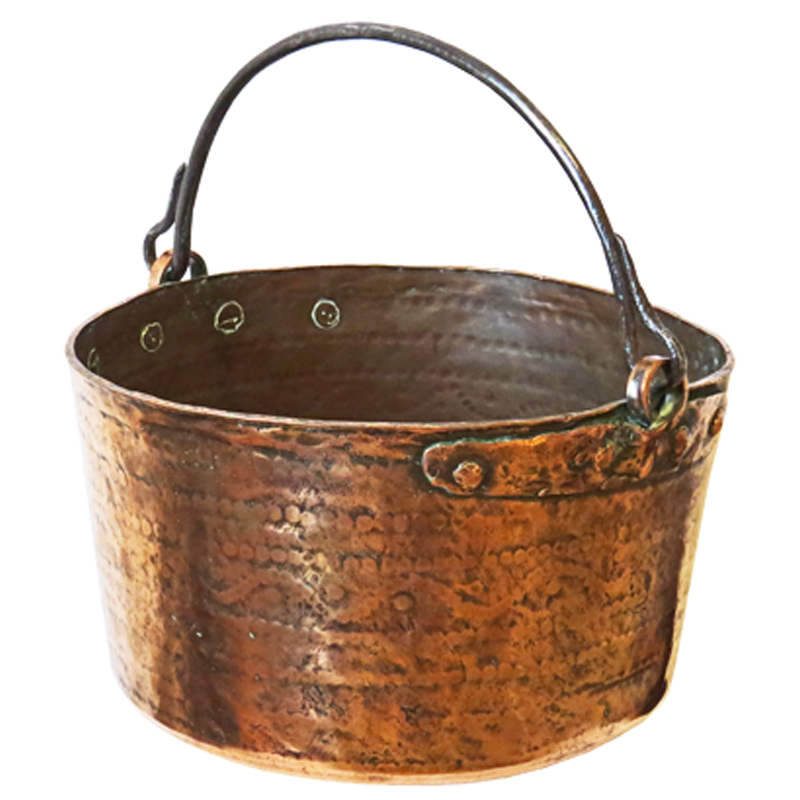 The first gas stove factory in England opened in 1836.  A gas stove was shown at London’s World Fair in 1851, but no real inroads were made until the 1880s when piped gas was available in large towns in Britain. By that time, the price of gas was about 36 cents a month.

What does the affordability of gas have to do with the beautiful copper pot in the photo?  Simple. Virtually overnight, cooking large quantities over a fire, or a coal stove, became a thing of the past, leaving substantial inventories of outsized, beautiful copper unused.

Enter the log bin.  Although wood fires were no longer a necessity, the warmth of a fire was still desirable. And what better way to keep a source of firewood close by than to re-purpose those magnificent pots? Certainly the Lord of the Manor expected his logs to be appropriately housed.  Cleanliness, convenience and beauty.  In a nutshell, the motto of the Industrial Revolution.

Slowly but surely, the idea of re-cycling those 19th century copper pots became a design statement. Copper smiths began including log bins among their wares.  Elegant renditions with lion’s feet began appearing in stately homes and, quicker-than-a-flaring-safety-match (introduced in 1859), a tradition was born.

P.S.  These ended up as planters, too.  The British are nothing if not resourceful.