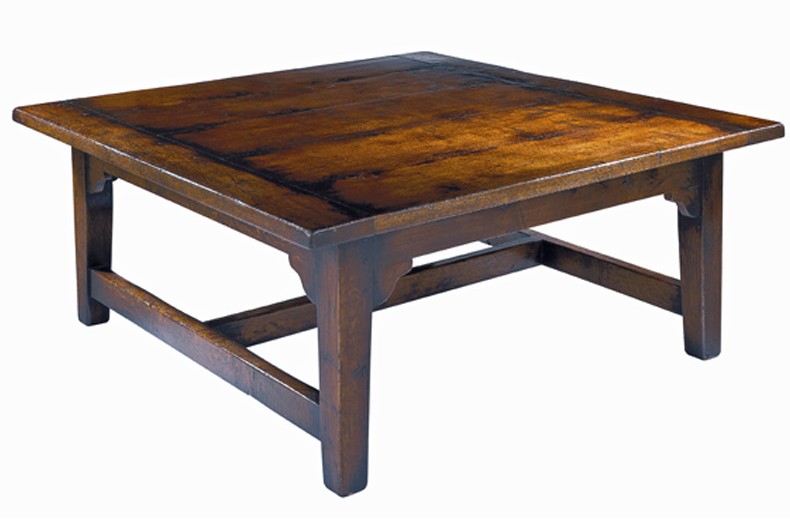 In spite of the fact that coffee had been a wildly popular drink in England since the mid-17th century (replacing, BTW, the previously favored breakfast drinks of wine and beer), there was no such thing as a coffee table. Instead, the beverage was drunk in commercial establishments with massive followings. Edward Lloyd’s coffee house was the precursor to Lloyds of London where stock traders congregated at their coffee “local”, eventually the basis for what was to become the London Stock Exchange.

On the home front, however, only tea and tea accessories were the furnishings of the day. That is, until in the late 1800s, fascination with all things Japanese took London intelligentsia by storm. Gilbert and Sullivan’s popular “The Mikado” ushered in widespread interest in Japanese furnishings – including the long, low tables ubiquitous to that culture. But, they weren’t used as coffee tables – just as stylish accessories in upscale households.

It took another 60 years for the [American] Imperial Furniture Company to commercially introduce a coffee table as we know it. And even then, it was a fluke. Owner J. Stuart Foote and his wife were preparing for a party at their home. In order to provide a place for guests to place their cups, saucers and glasses as they sat and chatted, he took one of his tables and sawed off the legs – reducing the height from 31 inches to 18 inches. And, just like that, the coffee table was invented.

This furniture form has become so important that antiques collectors have been known to cut off the legs of period antiques. We have a better idea – our coffee tables are new, but in the styles that work with any vintage decor. From Regency to High Victorian, these low-rise designs will fit right in. They’re built to accommodate not only your coffee mugs, but your laptop, your remote, your stockinged feet and, dare-we-say-it, a coffee table book (introduced in 1960).