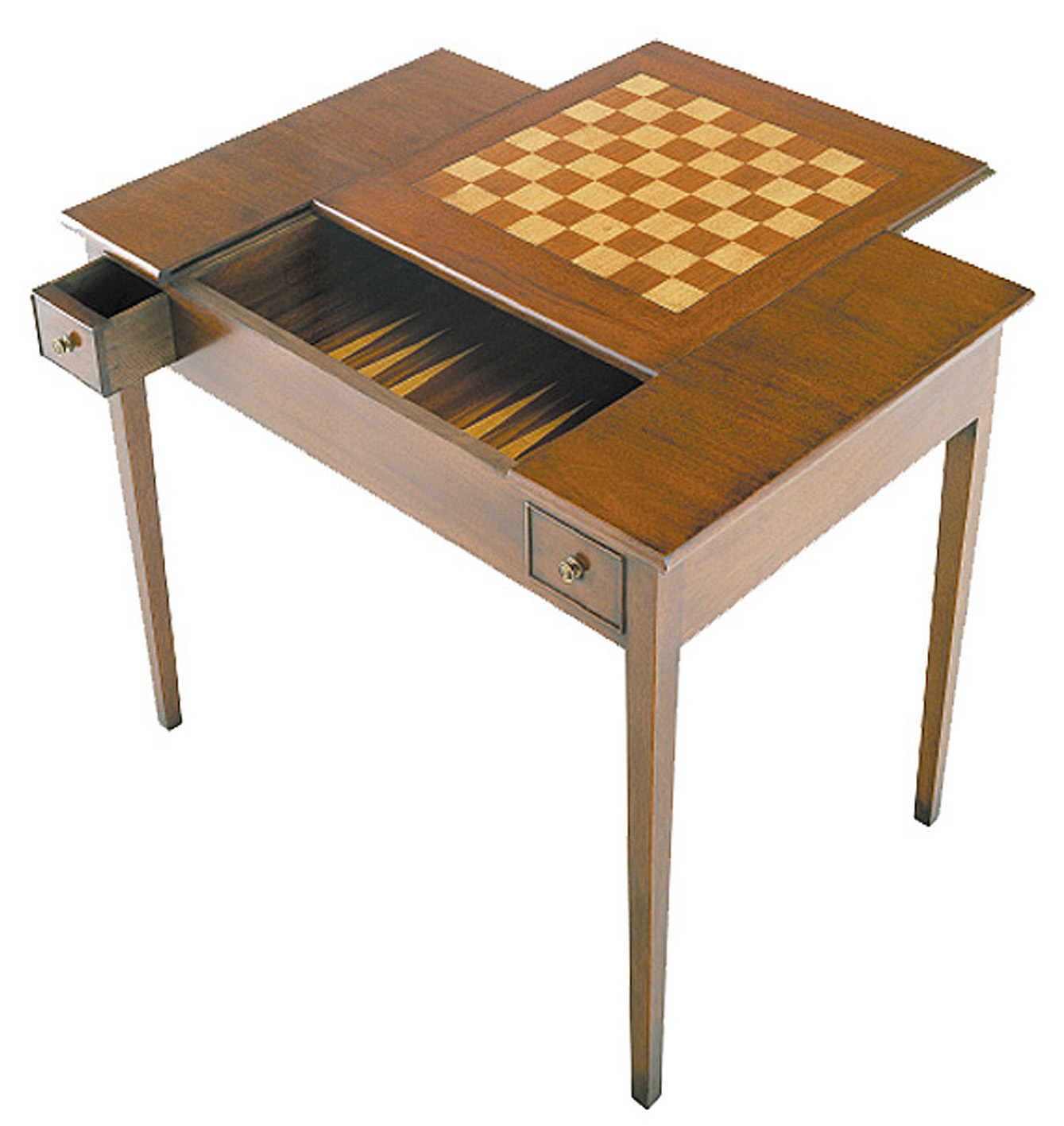 Civilization has had board games since before a written language. Earliest artifacts include dice carved of knuckle bones, wood, painted stones and turtle shells. Egyptian pharaohs took board games with them when they were transported to the afterlife.

In the early 18th century, Europeans were addicted to gaming. High-stakes wagers took place in private clubs, homes, spas and castles. Literature of the time bemoans the loss of socialization; the art of conversation was in jeopardy. “The people are bent over cards and dice for hours on end,” said one publication.

With the popularity of such pastimes, it was only natural that board games were integrated into furniture. Members of the leisure class ordered furnishings to accommodate the games. From dressing tables to lady’s writing desks, the homes of nobility became over-filled with a wide variety of specific pieces functioning as games tables. After all, why have all that leisure time and not use it for idle pursuits?

Many custom-made pieces had a double-sided top, designed on one side with a gaming board and on the other with an ornate writing surface. Some desks were made with several board tops, kept stacked one upon another, each featuring a different game.

Another design had a hidden well with intricate marquetry like the backgammon table, shown above. Storage drawers and cleverly hidden compartments held game pieces or cards. Guinea cups or chip holders morphed into built-in coasters allowing one to take advantage of libations without interfering with the game.

A popular pursuit was chess – introduced by Muslim traders in 600AD. Its benefits were believed to extend beyond entertainment. Benjamin Franklin wrote an article entitled, The Morals of Chess” in 1750.  “…it is not merely an idle amusement,” he wrote, “several very valuable qualities of the mind, useful in the course of human life, are acquired and strengthened by chess…  For life is a kind of chess.”

Lest you think board games have lost their allure, consider this. Gamers are currently spending a cool $3.2 billion annually on board games and are expected to up that figure by 150% in the next two years.

Here are some gaming tables to kick start your play time…