Home/Newsletters/Set of 3 Copper Measures
Previous Next 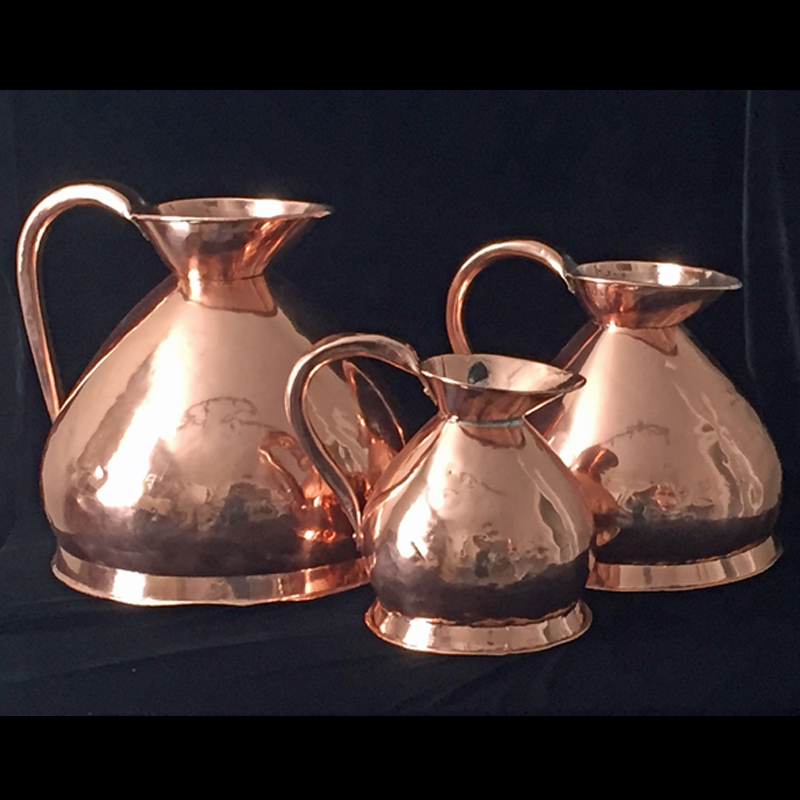 Question: How is a grain of wheat related to these beautiful copper measures?
Answer: It all started in 1258 when England’s King Henry III decided to standardize measurements throughout the Empire.  At that time, liquid measure and weights were thought to be directly related.  So, here was his proclamation:  One English penny shall weigh the equivalent of 32 wheat grains (from the midst of the ear), 20 pennies make an ounce, 12 ounces make a pound, 8 pounds equals a gallon of wine.

For more than 550 years, the commerce of an Empire relied solely upon the size of a grain of wheat. Finally, the years of good crops vs. bad, honest measurers and those not so, proved the inaccuracies to be intolerable.  A new, revised Weights and Measures Act was announced in 1824, just as the Empire was expanding and products were arriving on ships from British colonies around the globe.

British Imperial Standards took over, as the Act was adopted everywhere, ensuring that no importer was going to be cheated due to a small grain of wheat!  British measures of all sizes were marked with a lead verification stamp – often including a crowned VR.  And, presto, modern standardization was born.  Of course, millions of ale drinkers have been benefiting ever since.