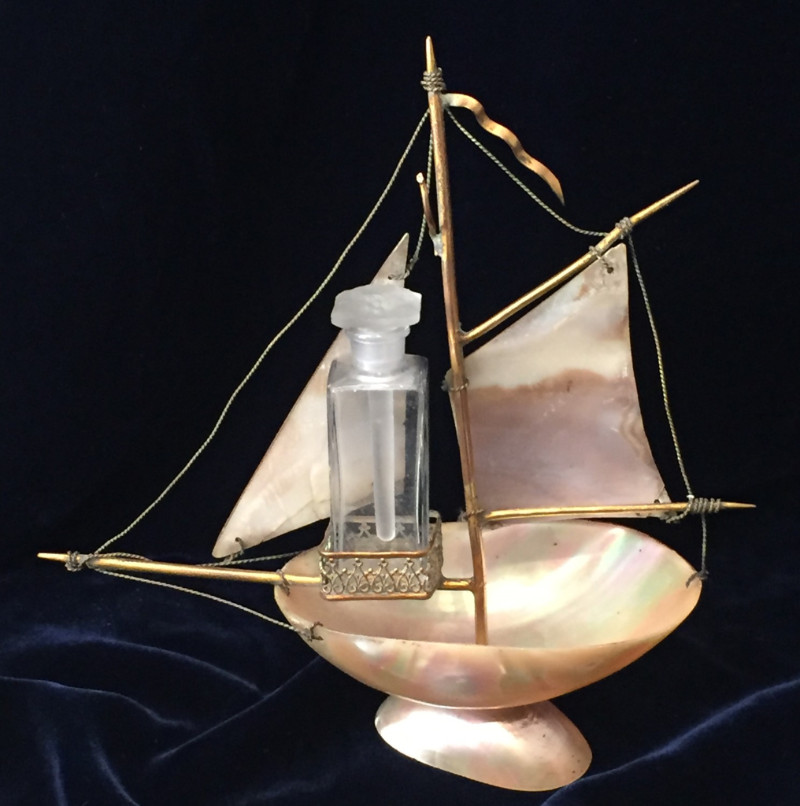 Film star Ava Gardner and her husband, Frank Sinatra, were known for their epic fights. To signal the end of a contretemps, Gardner would spritz the stairway of their home with perfume (Creed’s Fleurs de the Rose Bulgare), an invitation to the crooner.

Perfume says legions. And legions have had much to say about perfume.

When Marilyn Monroe was asked what she wore to bed, she replied, “Why, Chanel No. 5, of course.” In 1921, the 5th of ten sample formulas presented to Coco Chanel was approved. The designer fragrance has remained a best seller since its introduction. Next year, for the first time ever, a man, Brad Pitt, will be the face of the perfume.

The number one successful celebrity fragrance is White Diamonds, conceived by Elizabeth Taylor – a pioneer among Hollywood legends creating signature scents. Four bottles of the fragrance are sold every minute. Mindy Kaling said, “White Diamonds was the first fancy thing I owned in my life. Elizabeth Taylor is the first person so glamorous you wanted to smell like her.” Taylor herself had another favorite: Jean Desprez Bal à Versailles. She gave a bottle of the scent to Michael Jackson who wore it for the rest of his life.

Fragrances have had staying power for centuries. In the 1700s, perfumed gloves became popular resulting in the establishment of the Glove and Perfume-makers Guild. In the court of Louis XV, scents were applied not only to skin and gloves, but also to clothing, fans, furniture, dogs and horses. In Germany, a citron oil fragrance developed in 1792 was so popular that it became known as Eau de Cologne.

It is said that at the outbreak of the French Revolution, Marie Antoinette first hurried to perfumer Houbigant to have her scent bottles refilled before fleeing the capital. In fact, until the 1930s, most enthusiasts purchased fragrance in plain, undistinguished jars, transferring the perfume at home to more elaborate vessels like those pictured here. The individual bottles, in amber, cut crystal or this beautiful presentation ship made of abalone, would hold a place of prominence on the dressing table.

L’Air du Temps creator Robert Ricci (Nina’s son) said, “A perfume is a work of art, and the object that contains it must be a masterpiece.”  The gold bottle, topped with Lalique doves, was released at the end of WWII in 1948.  The design was meant to symbolize both peace and the return to feminine elegance – and maybe a bit of desire.  After all, perfume vials, like the fragrance within, can make a statement without saying a word.