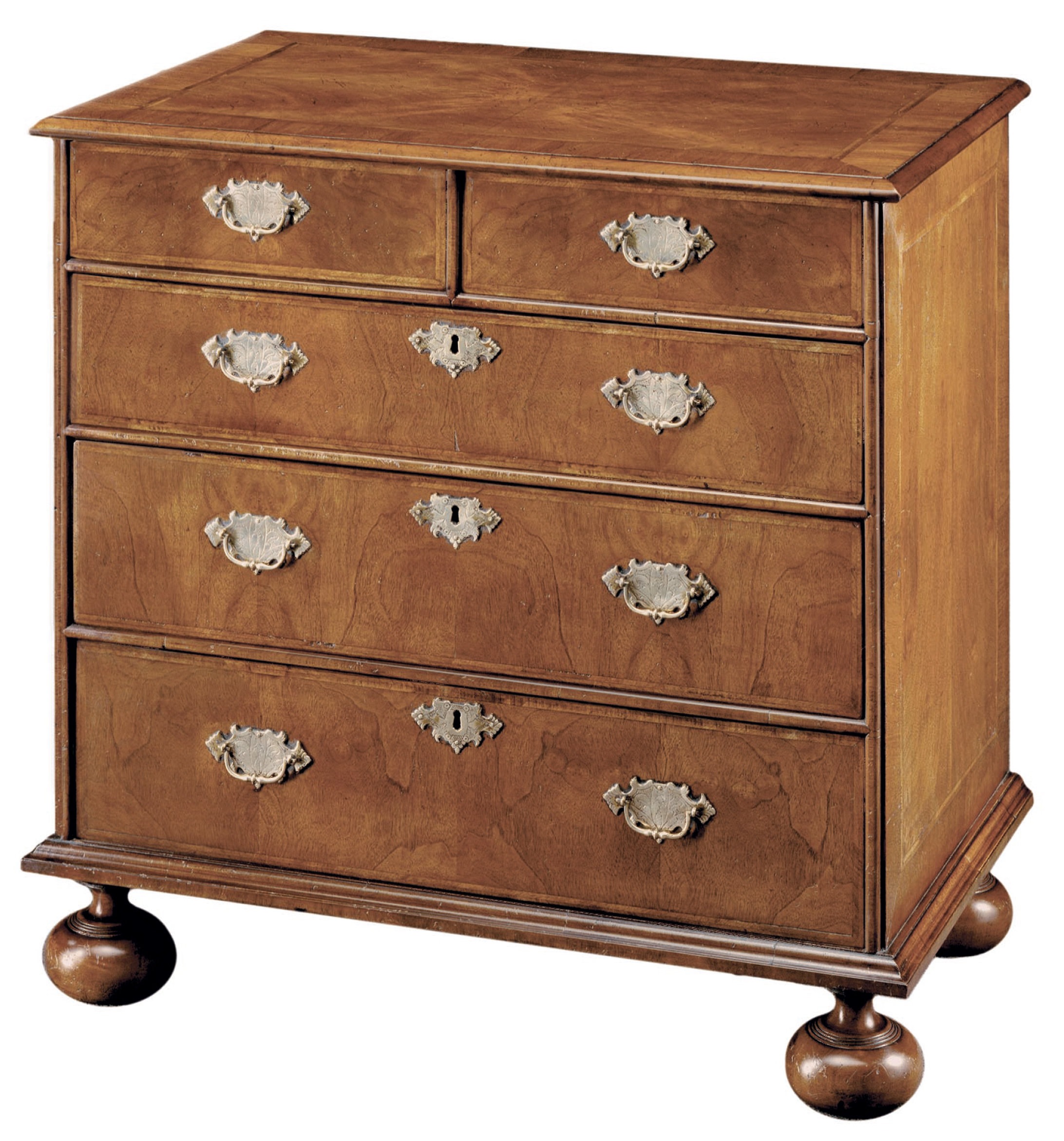 It all started with the coffer  – a long, deep, crudely constructed box with a hinged lid and [sometimes] short legs or feet. That’s not to be confused with the coffin, though in truth, the early coffer often assumed that role out of expediency. For more than a thousand years, the coffer was the sole piece of furniture in the home, acting as a seat, a work table, a raised bed and storage for everything. That included valuables, weapons, food and clothing.

In the mid-17th century, mankind deduced how to add a second, miniaturized coffer to the interior. These small tills or “drawer boxes” housed treasures – not just gold and silver, but jewelry, documents, candles. Later, with ingenuity, a larger drawer was fitted into the lower part of the chest. These modified case pieces were known as “mule chests”, apparently a nod to the item stored there. Mules were 17th century slippers.

This more versatile storage advanced rapidly and within just 50 years the coffer was transformed. No longer sporting just a single drawer, craftsmen had filled the entire piece with drawers of different depths, different widths, even side-by-side models. Ultimately, the hinged top disappeared and presto! the chest of drawers was invented.

As humans accumulated more possessions, efficient storage became requisite in every home. Until today.  Today we are streamlining, re-evaluating our needs and questioning which of those possessions spark joy. Those that make the cut are returned to our drawers.  Marie Kondo tidying at its best.